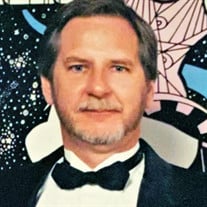 Robert H. Finnigan, affectionately known as “Bob”, A Legendary Philadelphia Mummers designer, sadly passed away peacefully on Friday, October 8th at the age of 79 at the Virtua Hospital in Marlton, NJ. He was born on October 6, 1942 to the late Henry and Elva (nee: Graber) Finnigan. Bob was born in Fishtown and raised in Cherry Hill, where he attended Cherry Hill High School. A world traveler, an innovator and pioneer in the world of design, Bob’s bold concepts pushed the boundaries of the traditional Mummers parade and ensured the parade remained a beautiful, great escape for thousands of participants and fans. He took his first position as a “window dresser” for Gimbels at the age of 17. He also was credited with designing the new store when it moved over to the Gallery in Center City. After which he took a job working with the May Company in Kansas City as the head of “visual design” for the corporation. Bob also burst on to the Mummers scene at the age of 17, where he began to design costumes and sets for the Mummers. Dave Anderson of the Woodland String Band was the first club he worked with and his final designs being 63 years later for Golden Crown NYB in 2021. Bob’s contributions to Mummery saw him inducted into the Fancy Brigade, String Band Association and Golden Crown Hall of Fames. He is the beloved husband of 46 years to David Kinter, together they lived the remainder of Bob’s life in Vorhees, NJ. Brother of the late Ida Black. Dearest uncle of Dick and Sandy. He is also survived by many extended family and dear friends especially within the Mummers community. Relatives, friends and members of all Mummers’ Clubs and Divisions are invited to celebrate his life on Thursday evening, October 21,2021 from 6-8pm at the Philadelphia Mummers Museum, 1100 S. 2nd St. Phila., PA 19147. Services will follow 8pm. Burial private. In honoring Bob’s life and legacy memorial donations in his memory can be made to the Philadelphia Mummers Museum at the above address.

Robert H. Finnigan, affectionately known as &#8220;Bob&#8221;, A Legendary Philadelphia Mummers designer, sadly passed away peacefully on Friday, October 8th at the age of 79 at the Virtua Hospital in Marlton, NJ. He was born on October 6,... View Obituary & Service Information

The family of Robert "Bob" Finnigan created this Life Tributes page to make it easy to share your memories.

Send flowers to the Finnigan family.