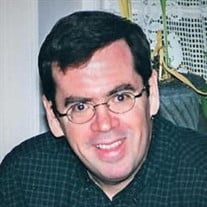 Michael Patrick Duffy passed away peacefully on January 16, 2021 in his home in Philadelphia. He was 66 years old. Mike had a curiosity about everybody and everything, and he constantly asked questions to learn more. His passion for life extended from relishing a good meal and a glass of champagne to helping elect progressive candidates, picking up trash in the neighborhood park and supporting charities. At various times, Mike was a factory worker, a political operative and a top account manager for network and computer companies. He also was a World War II buff, a University of North Carolina basketball fan and a political junkie. He was a great storyteller who made people laugh and had an amazing memory for details others had long forgotten. A big-hearted man who was dedicated to his family, Mike will be deeply missed. The second son of Lt. William and Mae (nee Brantley) Duffy, Mike was born on March 16, 1954 in Gifu, Japan, where his father was stationed. As his father’s career as an Army officer advanced, the family moved many times – to Indiana, Oklahoma, Georgia, Virginia, Germany, North Carolina and Maryland. The traveling Mike did grow up sparked a love of travel that he pursued all of his days. When Mike was eight, the family moved to the small town of Bad Godesberg near Bonn, the capital of Germany at that time, where they spent the next four years. It was there that he first became interested in the history and stories of World War II as he, his brother Bill and their gang of friends explored caves along the Rhine River, finding long-abandoned munitions, and questioning in German random strangers about their roles in the Reich. He remained fascinated with WWII throughout his life, devouring a steady stream of books and movies on the topic. Mike graduated from the University of North Carolina at Chapel Hill with a BA in political science in 1975. That summer he took all of his savings, packed a very large backpack and headed to Europe to see as much of the continent as he could. After his savings ran out, he worked for a while in a tulip factory in Amsterdam to extend his stay. (He knew frontline factory work from a summer spent working at a Bata Shoes factory.) When he returned to the US in the fall, he took a job with the Udall presidential campaign as a volunteer coordinator. So began his love of politics – especially Philadelphia politics. Mike used to say he was the only political science major he knew that actually put his education to use. In 1977, he was a top campaign official for Ed Rendell’s successful run as the District Attorney of Philadelphia. He then managed the campaign of a city comptroller candidate, who lost. But a major donor in that race was so impressed with Mike’s work that he offered him a job at his company, which included running his political action committee – an opportunity Mike accepted. He later embarked on a career in IT, working initially in Manhattan. Before long, he secured a position back in his beloved Philadelphia with Sun Microsystems. He later moved on to Cisco, where he was one of the company’s most successful salespeople for many years. Mike married the love of his life, Eileen Talanian, in 1980. They spent most of their married lives in a beautiful home in Laverock just outside Philadelphia, where they raised their two sons. In 1999, Mike fell in love with the mountains and skiing when he and Eileen purchased a second home in Telluride, CO. Their mountain home quickly became a very special place, which they shared with family and friends. Mike loved the mountains, the skiing, the mountain biking, the people and the fine dining of that small western town. In recent years Mike and Eileen moved back to Philadelphia, mere blocks from their first home as newlyweds. They gave up their car and biked everywhere, whether to the grocery store, the movies or to an outdoor café in Rittenhouse Square, where Mike spent many afternoons sipping an Americano or a glass of bubbly while enjoying the city life around him. Mike had a passion for life and a passion for making life better for all of us. Whether it was helping candidates that he thought best for the community or working to improve his neighborhood, Mike could always be counted upon. He was greatly loved. He is survived by his wife of 40 years, Eileen; their two sons, Ben and Emil; his brothers William, Greg, and Shawn; his sister Deborah; their wives and husband; and 11 nieces and nephews. There will be a private visitation scheduled for Thursday, January 21st followed by a ceremony of life. A larger celebration of life will occur later this year. In lieu of flowers, the family requests you get an annual checkup this year and every year, and urge your loved ones to do so as well.

Michael Patrick Duffy passed away peacefully on January 16, 2021 in his home in Philadelphia. He was 66 years old. Mike had a curiosity about everybody and everything, and he constantly asked questions to learn more. His passion for life extended... View Obituary & Service Information

The family of Michael P Duffy created this Life Tributes page to make it easy to share your memories.

Send flowers to the Duffy family.