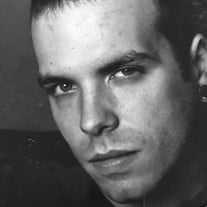 James Wells, tragically and suddenly passed away on March 21, 2020 at home. He was born on August 11, 1974 in Camden, New Jersey to James (Nancy) Wells and Agnes Gallagher and was raised in Pennsauken, New Jersey. James attended Pennsauken High School and graduated from Delran High School, Class of ’92. After school he pursued his musical career as a Drum and Bass DJ under the name “AKER”. Cooking was also a love of his and he worked as head chef at the Iron Hill Brewery in Chestnut Hill. Prior to this position he worked in different restaurants in Philadelphia. One of the most memorable places that he enjoyed working was White Dog Café where he met the love of his life, Niki. For those that new James he will be remembered and a sensitive, caring, dedicated, and witty man who would always give of his time and talent, whether it was cooking for first responders after hurricane Katrina to entertaining those around him with sick beats and silly jokes, he enjoyed it all. One of the best things that happened to him was the birth of his son, James P, who was his world, and loved to teach him about music, cooking and how to be a merry prankster. James was also an avid Philadelphia sports fan. He will be sadly missed by his beloved wife, Niki Gollatz and son James P. Wells. Brother of Diane Gallagher (Donnacha Nyhan), Anthony Strosser, Ryan (Jenna) Wells, Robert (Jess Selby) Wells and the late John “Jay” Wells. Dearest grandson of Daniel “Pop” Gallagher and the late Joan Wells and Agnes Gallagher. He is also survived by aunts and uncles, nephews, brother-in-law Jonathan (Erin) Gollatz, son-in-law to Jon (Carol) Gollatz, cousins and good friends. Funeral services will be announced at a later date. In keeping with his generous spirit, memorial donations in his memory can be made to Philabundance, 3616 S. Galloway Street Phila., PA 19148.

James Wells, tragically and suddenly passed away on March 21, 2020 at home. He was born on August 11, 1974 in Camden, New Jersey to James (Nancy) Wells and Agnes Gallagher and was raised in Pennsauken, New Jersey. James attended Pennsauken High... View Obituary & Service Information

The family of James Wells created this Life Tributes page to make it easy to share your memories.

James Wells, tragically and suddenly passed away on March 21,...

Send flowers to the Wells family.