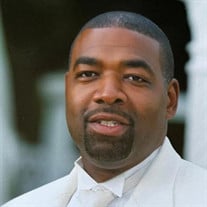 James Wesley Pace Obituary James Wesley Pace was born on September 21, 1967, to the late Roy Lee and Jean Elizabeth Pace. Weighing only 3 pounds, he fought to live from the very beginning of his life. Wes, as he was affectionately called, was educated in the Philadelphia Public School System, attending McDaniel, Barrett, and Southwark Schools. He grew up in South Philadelphia in a close-knit, loving environment. During these formative years, Wes met friends he would remain close to for all his life; Verdon Young, Dwayne “Baldy” Moment, and Will Crandall. Being from a sports family, Wes loved basketball and football, especially his beloved Pittsburgh Steelers. He also loved to play sports, and you would always see him on the soft ball field at the family picnics. Wes had several jobs. The first was working at Palumbo's Restaurant with his mother while a teenager. He subsequently worked for his brother Leroy (Peewee) at First Lady of Mirrors, the Pennsylvania Turnpike Commission, and Prudential Insurance Company before finding a job he loved and worked at for over 25 years: at the United States Postal Service. While working for USPS, Wes received several commendations for his excellent work ethic and perfect attendance: even being chosen to be a "Secret Santa," answering letters from children from across the United States. Wes was previously married, and from this union, two children were born: James William and Ashley Nicole. In 2009 he married Tamel L. Gravely, the love of his life. They would remain in a loving and committed relationship until his passing. On Thursday, January 20, 2022, Wes left us the same way he came to us, fighting for his life. Having accepted Christ as his Savior, he is assured of a place with our Heavenly Father. Wes will always be remembered for his infectious laugh, sense of humor, and love of life. Whenever he was around, you knew the laughs would be plentiful. And whether it was the monthly family dinners that he initiated or the weekly Pokeno games, Wes ensured everyone kept in touch. He lived life to the fullest, whether traveling or just hanging out with his family. He developed incredibly close bonds with his brother Raymond and nephew Darrel. Wes was a dedicated family man, always taking care of his loved ones, and all will greatly miss him. Wes was preceded in death by his parents, his brother Leroy, and his son James. Wes leaves to mourn: his devoted wife Tamel; his daughters Ashley and Keionna; mother-in-law Mary Davis, brothers Leon (Sheila) and Raymond (Daralis), sisters Barbara, Deborah, and Doreen; grandchildren Semaj, Saamir, Kasim, Nevaeh, Ariyah, and a host of cousins, nieces, nephews, aunts, and uncles. Lovingly and prayerfully submitted. The family

James Wesley Pace Obituary James Wesley Pace was born on September 21, 1967, to the late Roy Lee and Jean Elizabeth Pace. Weighing only 3 pounds, he fought to live from the very beginning of his life. Wes, as he was affectionately called, was... View Obituary & Service Information

The family of James Wesley Pace created this Life Tributes page to make it easy to share your memories.

Send flowers to the Pace family.