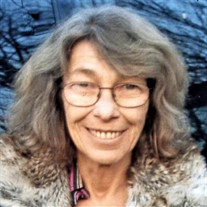 Barbara F. Polo (nee; Bianchi) passed away on January 24, 2020 at Doylestown Hospital with her loving family by her side. She was born on April 9, 1947 to William and Isabelle (nee; Ulbrecht) Bianchi in West New York, New Jersey and also spent her childhood there. At the age of 15 she met what would be the love of her life, Neil Polo, and they were destined to be together. They married, started a family, and moved to Yardley, Pennsylvania to raise their family and make a life for themselves. As an officer of the East Windsor NJ PAL, Barb was instrumental in organizing the first youth hockey league in the East Windsor area. She was an ardent hockey watcher and mom, an ardent hockey and baseball grandmother, and even supported her husband by watching baseball. She had a “heart of gold”, was “good to the bone”, and never turned her back on anyone in need. Barb was fiercely loyal and just as fiercely devoted to her family. She loved dogs. Barb became fascinated with Siberian Huskies and raised several litters over the years always maintaining two or three dogs for her personal pack. Beyond dogs she seemingly had a rapport with all animals and has been seen, for example, hand-feeding chipmunks, deer, a koala bear, and a giraffe. The Holidays were always filled with love and trays of homemade cookies that she baked tirelessly throughout the Christmas season. She made at least two dozen kinds each year to share trays full with family and friends, and they were as beautiful as they were delicious. Traveling was also high on her To-Do list and she traveled extensively with her husband. Her special places were Venice, London, and anywhere in the South Island of New Zealand. She will be sadly missed by her husband of 52 years Neil Polo and by her children Scott (Kristi) Polo and Jeff (Jennifer) Polo; her grandchildren Cameron, Brendan, Zachary, Tyler, Nathan, and Isabelle; dearest sister of Dick (Betty) Bianchi and the late William, and sister in law of Mark (Norm Cohen) Polo; and her cherished childhood Jersey Girls, Betty Ledford, Carol Durante Presley, and the late Karen Kreutzer Paustian and Barbara Friery Galeota. Relatives and friends are invited to her visitation Saturday afternoon beginning 12noon at Brenna Funeral Home, Immordino Chapel 1799 Klockner Rd. Hamilton Township, NJ 08619. A Period of Remembrance will follow at 3:30pm. Burial private. Barbara loved flowers but would have also appreciated donations in her memory to be made to the Delaware Valley Siberian Husky Rescue. Information can be obtained at siberianhuskyrescue.org

Barbara F. Polo (nee; Bianchi) passed away on January 24, 2020 at Doylestown Hospital with her loving family by her side. She was born on April 9, 1947 to William and Isabelle (nee; Ulbrecht) Bianchi in West New York, New Jersey and also spent... View Obituary & Service Information

The family of Barbara F. Polo created this Life Tributes page to make it easy to share your memories.

Send flowers to the Polo family.